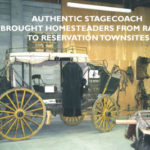 • The Trading Post, originating from the 1880s, was the main store for locals in the valley. It was moved to the Museum in the 1980s and is stocked as it would have been years back
• The Stagecoach which transported passengers from Ravalli to Polson, a chuckwagon and buggies used as transportation by those living in or travelling through the valley
• ‘The Flathead Monster,’ this 7 ½ ft sturgeon was caught from Flathead Lake in 1955, the only sturgeon caught to date despite numerous ‘Monster’ sightings in the lake every year
• Old time fire enginess and a passenger automobile from the early 1900s
• A pioneer home interior from the 1910 homestead era,’ a real-life example of how the pioneer family lived,  cooked, preserved food and washed clothes with very few labor saving devices such as we know today
• 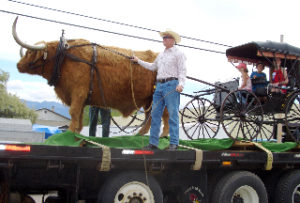 Rudolf, the huge Highland Bull that pulled many wagons over the years
• Calamity Jane’s Saddle from her last ride after participating in Wild Bill Hickocks’ Wild West Shows.
• Rare photos of the region and the steamboat heydays and many more items donated by generous area residents that make the museum a living example of early life in the Mission Valley
– Memorabilia from the Copper Cup Regatta hydroplane races held on the Flathead River 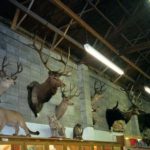 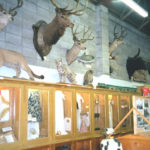 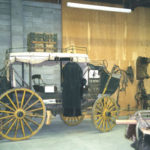 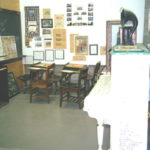 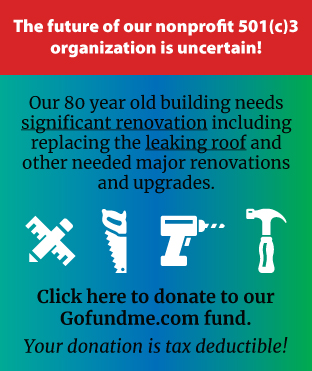